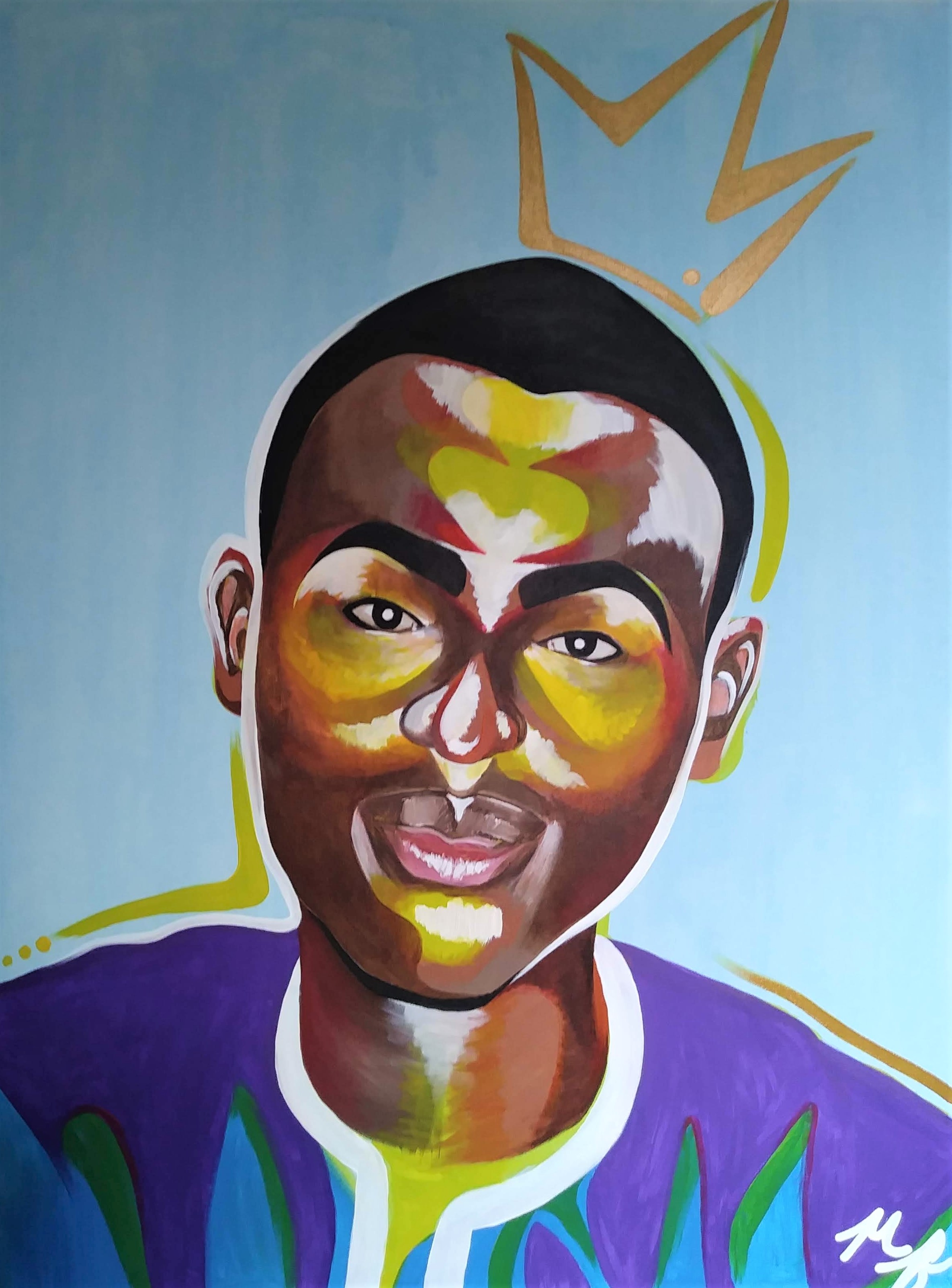 As a First-Generation college student, I’ve always found it difficult to fully embrace my passion in visual arts but when I witness the fruits of my labor, it becomes easier every single time. It gives me more confidence in my purpose as an artist, to be a mouthpiece and advocate who cannot advocate in the spaces that I have access to. So, I make it my duty to do that on their behalf. I like to call myself an “Artivist,” someone who uses their art practice as a means of advocacy. This past summer, I had the opportunity of traveling to Saint-Louis, Senegal where I spent two months volunteering at a nonprofit organization called Maison de la Gare. Their purpose is to sustain and rehabilitate talibé children who attend local Quranic schools. They often lack the daily necessities due to being away from their parents back home leading to little or no financial support. My research consisted of learning more about their individual stories, hence the portraits of the three young men. Each person depicted has contributed to my research in some way, shape, or form whether it be through a telling of their own experiences or their witnessing of others’ experiences. Through the use of acrylic paint, I felt that it was important to honor these young men in the style of portraiture. Throughout art history, it is evident that there was a great emphasis on the subject of white men. If anyone was painted it was because of their high status or importance within their respective societies. So, through portraiture, I have given these three men that same form of honor and respect. Similar to Basquiat’s use of crowns, I have done the same to further emphasize the idea of them being worthy of recognition. This is to boldly state that they are indeed Kings despite their circumstances and the Westernized views of their nation.

During my two months in Senegal, I had the honor of meeting Arouna. You will always see him on the move, trying to be the best that he can be. As a talibé, Arouna didn’t have the best experience and fled his daara. In Senegal, a talibé who has fled their daara is called a “faakaman.” But I will never forget what Arouna told me. He said, “I am not a faakaman, I am a businessman.” And that was one of the best things I’ve ever heard.